Children are curious creatures and love to listen to and narrate stories every day. Narrating stories to your kids will improve their creativity, enhance their memory, and polish up their language skills. Children prefer to listen to stories at bedtime as the fascinating characters and storylines help their imagination take off as they slowly fall asleep.

Panchatantra is a collection of ancient Indian stories, connected with one another, revolving around animals. These bedtime stories from Panchatantra are usually narrated to kids to teach a moral through interesting characters and storylines.

1. The hunter and the magical bird

There was once a magical bird in the mountains whose droppings turned to gold when it fell on the ground. A hunter, walking by one day, noticed these golden droppings. Excited about his find, he set up a trap in the bird’s tree to capture it. The bird, unaware and careless, was captured in the hunter’s trap. While the bird repented its careless mistake, the hunter dreamed of becoming rich by selling all the golden droppings. He then thought that people would grow suspicious if he became rich overnight. Out of fear, he decided to gift the bird to the king.

The ministers sent men far and wide to capture the bird but never found it. Even if they managed to find the bird, no one was ever successful in capturing the bird. The magical bird had learnt its lesson and decided never to be careless again. Thus, she roamed about freely till the end of her life.

Moral: Always learn from your mistakes and never repeat them.

2. The crane and the crab

This is an interesting story of an old crane that lived near a big lake full of fishes and other aquatic creatures. The crane had grown so old that he couldn’t catch fishes anymore. He grew weak and hungry until he came up with a ploy to deceive the aquatic creatures. With a witty plan in mind, he sat at the bank of the lake and started crying. His friend, a friendly crab, climbed up next to him and asked him what was wrong.

The crane concocted a story about how a famous astrologer told him that the lake would soon dry up and that it wasn’t going to rain for the next 12 years. The crab informed all the other creatures about the situation and they all started to panic. The crane then stepped in and told them that he could carry each of them every day and take them to a bigger lake nearby that wouldn’t dry up even if it did not rain for the next 24 years. The innocent creatures agreed and rode on the crane’s back every day. Little did they know that the crane would fly a short distance, smash them to a rock and eat them up.

The crab, one day, asked the crane why he hasn’t chosen him yet to take him to the big lake. The crane thought it would be a good idea to break the routine of eating fish every day and eat a crab for a change. So, he agreed and took the crab with him the next day. When they were in the air, the crab looked down, saw the heap of skeletons and realised the crane’s ploy. He wittily convinced the crane to stop close by. He then strangled him with his sharp claws and dragged him to the lake. The crab revealed the crab’s ploy to his friends in the lake and assured them that the lake would not dry up.

Moral: Do not always believe a story on face value.

3. The elephants and the king of mice

A large group of mice had once taken shelter in the ruins of a village. Every day, a herd of elephants would cross the village to go to a nearby stream and would end up killing many mice. Tired of seeing so many deaths on a daily basis, the king of mice decided to speak to the elephants on the rampage. So, the next day, the king of mice stopped the elephants on their way and requested them to take another route to the stream henceforth. The king even promised that he would return the favour someday. The elephants agreed to take a detour but laughed to think they would ever need help from a bunch of tiny mice.

Moral: Never underestimate anybody’s ability to do you a favour.

4. The wicked lion and the hare

There was once a mad and wicked lion in a forest that ruthlessly killed every animal that crossed his path whether he wished to devour them or not. Tired of losing kith and kin each day, the animals of the forest gathered to put an end to this. They went to the mighty lion and pleaded with him to stop killing all the animals in the forest. In return, they offered to send one animal a day to his den to satiate his hunger. The lion agreed to the offer and made it clear that he will begin his ruthless killings once again if the animals went back on their word.

When he reached the lion’s den, the lion was furious that no animal was sent to him all day and was smacking his lips thinking of killing all the animals. He saw the hare walking towards him and roared at him. He was disappointed that the hare was a tiny animal that wouldn’t satiate his hunger. The hare then told him that he arrived late because he was stopped by another lion that killed four other hares that were to come with him. He said that the lion challenged the wicked lion to a duel.

Agitated, the lion followed the hare to the other lion’s den. The hare took the lion to the well and showed him his own reflection and told him that he was the other lion that challenged him. The wicked but foolish lion jumped into the well to attack his own reflection, and drowned. The hare went back to the forest and told all his friends about how he saved the day. The animals praised him for his wit and thanked him for saving all their lives.

Moral: When you face a challenging situation, use your wit to overcome it.

A tortoise and two geese lived near a lake for many years. The three were very good friends and the tortoise always kept them entertained with his constant chatter. The lake they lived by started drying up due to a drought that hit their region. They decided to move to another lake many miles away. The geese could easily fly to the new lake but the tortoise wouldn’t be able to cover such a huge distance. The geese then came up with an idea to carry the tortoise with them. They asked the tortoise to hold on to a stick with his mouth so that they could each hold on to either side of the stick, and fly.

The geese clearly told the tortoise that he wouldn’t be able to chat along the way. Even before they took off, the geese cautioned him about opening his mouth mid-flight. They took off and crossed a village where residents saw the rare sight of two geese carrying a tortoise with a stick; and started shouting and laughing at them. The tortoise got annoyed and opened his mouth to snap at them. Before he knew it, the tortoise ended up falling to his death.

Moral: Always listen to friendly advice and check your impulses.

PrevPrevious10 unique indoor games for kids that guarantee an amazing birthday party!
Next5 Fun Ways to Adorn Your Kids Without Burning a Hole in Your BudgetNext 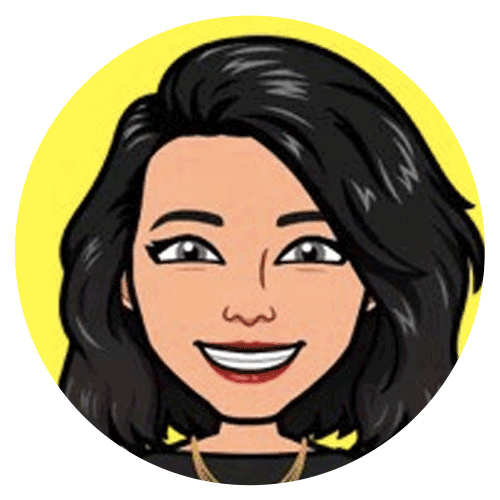 Sucheta is an artist and pre-school teacher. She spends her holidays in the Himalayas, loves bird-watching, and is always on the hunt for her next adrenaline-filled adventure. She and her husband live in Chennai with two beautiful kids - Aarav and Aarna.
View all posts