Middle Child Syndrome and Tips To Prevent It

The Middle Children Syndrome is being researched intensively and constantly. If you’re here, I’m guessing you have a vague idea about what you’re about to read. For those of you who don’t, Middle Child Syndrome is basically a psychological condition that middle children (in terms of birth order) face. Having three kids of my own, I was wary of the fact that my second child, Eric, may experience the Middle Child Syndrome so I took some (actually, several) precautionary steps to prevent this.

Read further to learn more about Middle Child Syndrome and how you can prevent it – whether you see signs of the syndrome or not, in your middle child.

What could cause Middle Child Syndrome?

Most parents are highly involved in everything their firstborn does. From academics and extracurricular activities to his or her hobbies. So much energy goes into this that they tend to take it easy with the second one. They would have witnessed so many of the firstborn’s firsts that they may not react with as much enthusiasm with the second child.

And before long, a third child comes along and takes up the time the second child would have otherwise had to bond with his or her parents. The younger one is usually pampered for the longest time as he/she is viewed as the baby of the family no matter how old he/she is. This gives the middle child little or no attention – causing the middle child syndrome.

What exactly is Middle Child Syndrome?

Many studies have shown that the order and time in which you were born (in relation to your siblings) affects your personality. The eldest child is usually the responsible one and can be viewed as a perfectionist because the parents would have gone “by the book” while bringing him or her up. On the other hand, parents tend to be lenient with the youngest one making him or her uncomplicated and relaxed. The middle one is not focused upon as much as the elder one at each stage of their life and is not given undivided attention like the youngest one. This makes them feel left out of the family.

The personality of a middle child can be broken down, in a pure sense, this way:

Tips to prevent Middle Child Syndrome in your child

Children with Middle Child Syndrome often feel neglected by the family. The only way you can show him that he is as important as his siblings is to spend quality time with him. Make it a point to have at least one meal a day (works best at dinner) with the whole family. Make sure you ask your middle child how his or her day went and make them feel good. Basically make them feel like you “see” them and adore them just like you adore the other two kids, no more no less.

Also, recognise your middle child’s strengths and achievements and shower praises. Do not let it pass because your elder one achieved the same or did better. For the middle one, what he might have achieved would be special and something that makes him swell up in pride. So give him a pat on the back and you’ll notice him skip around happily after.

While you assign household chores to your elder one, do the same with your middle child too. Instead of asking him or her to go help the elder one, pick unique and significant tasks around the house that he or she can manage. This way, the child will not feel a lack of insignificance or uniqueness and will, instead, fill him with confidence.

Since middle children are sandwiched between the elder and younger kids, they become peacemakers as mentioned earlier. Just because he or she is a natural peacemaker, do not let him handle fallouts between your children at all times. The child may begin to think that he is the only one responsible to keep peace at home and may feel his preferences or values mean nothing. They may feel the need to put others’ wants above theirs. While it is good to teach your child conflict resolution, intervene if you think the siblings are having a heated argument or if things are getting violent.

Make them stick up for themselves

Middle children, more often than not, get pushed around. They are forced to give up something for the elder one because he or she is the “big brother” or “big sister” and the younger one because he or she is too young to understand to let go. If you make them compromise all the time, they will start doing it on their own and begin to resent it right after. Instead, make them stick up for themselves when one of the siblings snatches something out of their hands. And occasionally, get the other sibling to give in instead of the middle child.

Don’t give them too many hand-me-downs

It has become something of a tradition for the second child to inherit his or her older brother or sister’s clothes, stationery, toys, and books. This may seem more economical than buying new things for every child, however, the child may assume that he or she is less important – which is why you should spoil him with a couple of new stuff from time to time. And if you decide to pass on his things to the younger one, ask them before you do so just to give them a sense of importance.

If your middle child has something to say, no matter how small, listen and respond. Encourage your child to excel in his passions especially those that are not the eldest child’s strongest suits. This will help him realise that he is unique and has talents of his own.

Most of the tips that I have listed out here is what all of us should be practising with our kids irrespective of the birth order. However, if you have a child with Middle Child Syndrome, you will have to make a conscious effort to carry these out for your child’s development and peace of mind. That being said, do not blame yourself for your child’s predicament. Once you start showing him that you care about him too, he will no longer feel neglected.

What do you have to say about Middle Child Syndrome? Have you or your children experienced it? Let me know in the comments.

PrevPreviousThese 10 health benefits of Jaggery will make you want to ditch white sugar!
Next21 Modern Hindu Baby Boy Names that start with VNext Caroline is a psychologist who’s been a researcher and is now a full-time counsellor and blogger. She’s the mother of a young woman and two young boys. She’s been a dancer, a biker and a movie director. She enjoys travelling to peaceful beaches and hills, and writes best in her quaint little home garden.
View all posts 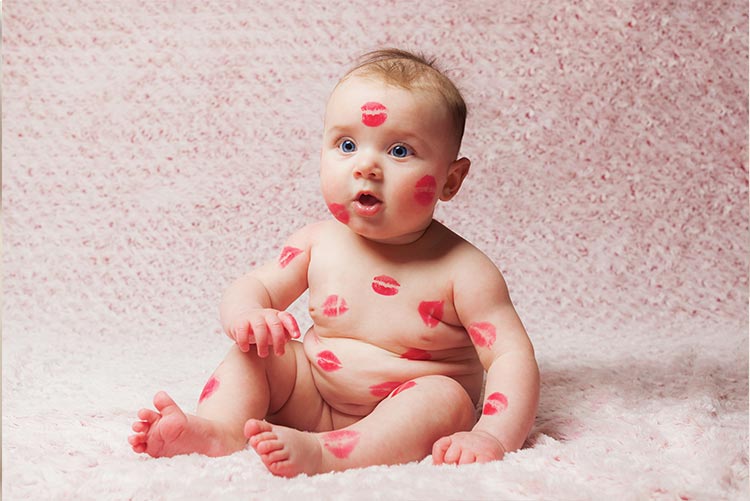