8 moral stories for kids! Teach them honesty, patience, and more!

Every child loves listening to stories, regardless of whether they like reading books. Stories take kids on magical adventures where they explore, learn, and have fun. Narrating stories to your kids is one of the best ways to spend quality time with them. Stories also give you the opportunity to teach your kids values of friendship, honesty, compassion, and more. We have picked out 8 most popular moral stories for kids that will not only teach them strong moral values but also keep them immensely entertained. We suggest narrating these moral stories to instil values in your kids and help them build values

1. The Lion and the Mouse

Once upon a time, a lion was taking a blissful nap in the forest. A mouse that was passing by saw the lion and started running up and down the lion for fun. Disturbed from his nap, the lion caught hold of the mouse and threatened to kill it.

“Please don’t kill me” begged the mouse. “Spare my life and I will repay you for the favour one day”, the mouse whimpered. The lion was amused by the thought of a little mouse helping the King of the forest but let the mouse go out of kindness.

After a few days, the lion gets caught in a net laid down by a hunter. No matter how hard he tries, the lion fails to free himself from the net. The lion’s roars of frustration and helplessness are recognized by the same mouse to whom the lion showed mercy. The mouse finds the lion and gnaws the net until it comes apart. The lion thanked the mouse and felt silly for ever doubting its capabilities to help him.

Moral of the story: No act of kindness is ever wasted and no one should be judged based on their appearance.

There once lived a mouse and a frog who were good friends. The frog would hop out of the pond every morning to go meet the mouse who lived in a hole inside a tree. Soon, the frog grew hostile towards the mouse since the mouse never made an effort to come to visit him.

The frog hatches a plan to punish the mouse. One sunny morning, while visiting the mouse the frog ties one end of a string to his leg and the other end to the mouse’s tail. He bids goodbye to the mouse, hops away, and jumps into the pond dragging the poor mouse with him. Unable to free himself, the mouse drowns and dies. The mouse’s body floats on top of the water while the frog laughs maniacally.

A passing hawk notices the floating mouse, swoops down and picks up the mouse. It is only when the hawk picks up the mouse does the frog realize that he is still tied to the mouse by the string and watches in fear as he is dragged away too. The frog fails to escape the hawk and soon dies.

Moral of the story: In your quest to dig a deep pit for your enemy, you might fall into it yourself.

3. The Hare and the Tortoise

There was once a proud hare who’d always brag about how fast he could run. A wise tortoise who was tired of the hare’s bragging decided to challenge it to a race. “You will never outrun me.” laughed the hare. Everyone in the forest gathered to watch the race.

As soon as the whistle is blown, the hare sprints fast and reaches quite a distance while the tortoise takes tiny little steps. Amused by how incredibly slow the tortoise is, the hare decides to take a nap instead of finishing the race. The tortoise continues to walk steadily past the sleeping hare and finishes the race while the hare snores away. The cheer from the forest animals awakens the hare who realizes he has lost the race due to his arrogance.

Moral of the story: Slow and steady wins the race. Never under-estimate your opponent.

Mary was a milk-maid. Every day, she’d milk the cows and earn money by selling the milk. One fine afternoon, Mary was headed to the market carrying a pail of fresh milk on her head. On her way, she starts daydreaming.

She says to herself “I will buy eggs with the money I make from selling milk. The eggs will hatch into chickens which will grow into hens. Then I’ll sell the hens and with that money, buy a big house on the hill. When everyone in the village asks me about the secret of my wealth, I’ll refuse to tell and toss my head.” While saying so, Mary actually tosses her head and spills the milk on the ground.

Moral of the story: Do not count your chickens before they hatch.

Once upon a time, there lived a poor farmer and his wife in a small village. The farmer grew vegetables and sold them for money. Once, he made a little extra money selling the vegetables and decided to buy a goose with the money. Soon he discovered that this was no ordinary goose – it started laying a golden egg every day! The farmer and his wife were elated and they soon became very rich.

But the farmer was greedy and decided that he’d rather have all the golden eggs at once than one a day. One night when everyone was sleeping, the farmer went to the goose and killed her. When he opened up her up, he only found one egg inside. The farmer immediately regretted his actions but it was too late. Not too long after he lost the special goose, the farmer and his wife became poor again.

Moral of the story: Greediness ends in destruction.

There was once a shepherd by the name Ronnie who looked after a flock of sheep. One day, out of boredom, he decided to play a trick. He screamed “Help! Wolf! Please help!”. The villages came running with sticks to drive the wolf away and protect the boy. When they reached the boy, they asked him where the wolf was. The boy laughed and said “I fooled everyone! There was no wolf.” The villagers left angrily.

The boy repeated the same trick several times and the villagers came running in every time. They gave a warning to never pull that trick again as the boy laughed. One day, a wolf entered the field where Ronnie and the flock of sheep were and slowly started attacking the sheep one by one. Ronnie shouted “Wolf! Help, please!”. The villagers heard him but dismissed his cries, thinking he was playing a trick on them again.

Ronnie ran down the hill and told the closest villager about the wolf. When the villagers followed him, they saw the wolf running away after killing and hurting the sheep. Ronnie cried “I called for help! Why didn’t anyone come to help?”. An old villager consoled him, he said, “We are sorry about the sheep. But now you should know that nobody believes a liar… even when they are telling the truth.”

Moral of the story: There is no believing a liar, even when he tells the truth.

Once, there lived a woodcutter, Ramu, who lived a very simple life. He was poor but he was a good man and worked hard. One day while chopping down a branch, Ramu’s axe slipped and fell into the adjacent river. He tried searching for his axe but all in vain.

He sat down by the river bank and started weeping. Hearing his cries, an angel appeared and promised to help him find his axe. She dove into the water and retrieved an axe completely made of gold. Ramu said that this wasn’t his axe and refused to accept it. The angel dove again and returned with a silver axe, Ramu refused again and said that his axe was made of steel. The angel went into the water for one last time and returned with Ramu’s axe. Elated, Ramu thanked the angel profusely.

Impressed by his simplicity and honesty, the angel decides to give Ramu the gold and silver axe too. Ramu went home happily.

Moral of the story: Honesty is the best policy.

There was once a very wise old man who lived on top of a mountain in a village. The villages went to him for advice every time they had a problem. Sometimes, they would come to him complaining about the same problem. One day, Natu, a villager went to the wise man with a problem that was worrying her. The wise man told her a joke, she laughed finding it funny.

He told the same joke again, she smiled, a bit confused.

After a few minutes, he repeated the same joke and this time, she got annoyed.

The man smiled and said, “You can’t laugh at the same joke over and over. Then why do you cry about the same problem time and again?”

Once when cooking, Lea’s father decided to use the opportunity to teach his daughter about life’s adversities and how it affects people differently.

He placed three pots of boiling water on the stove and asked Lea to put an egg into the first, a potato into the second, and tea leaves into the third. He then instructed Lea to keep an eye on all three items for 12 minutes. After 12 minutes, her father takes out the egg, potato, and strains the tea.

He asks Lea to peel the egg and potatoes. Lea is confused as she peels both the egg and potato which had changed since they went into the water. Her father explains, “All the three items were put in the same boiling water but they all reacted differently. The fragile egg came out hard, the tough potato turned soft and the tea leaves changed the water into something beautiful with their aroma and flavour.”

He laughed seeing her confused face “This is how life works.” he said “Life puts everyone in tough situations. It’s up to you to decide how you will come out of it. Now, who are you like? The potato, egg, or tea leaves?” he asked her as she smiled.

Moral of the story: It’s not what happens to you, it’s how you react to it that matters.

These stories are incredibly entertaining and contain great moral values. If you want to make storytime more interesting for your children, you can make creative storyboards with colourful sketches and pictures. If you are looking for moral stories that also make for perfect bed-time stories, you should check this out.

Let us know your favourite moral stories for kids in the comments below! 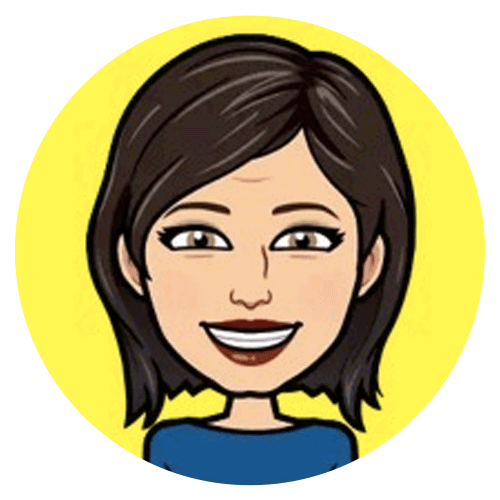 Aneeta Udayar is an anomaly to all the cynics who believe that a woman can’t thrive in both professional and personal life. A mother of three kids and a businesswoman, she loves cooking and DIY projects, and reading. Her collection of books will make even Belle jealous.
View all posts